Skip to content
Home Stories The Back Forty Recap 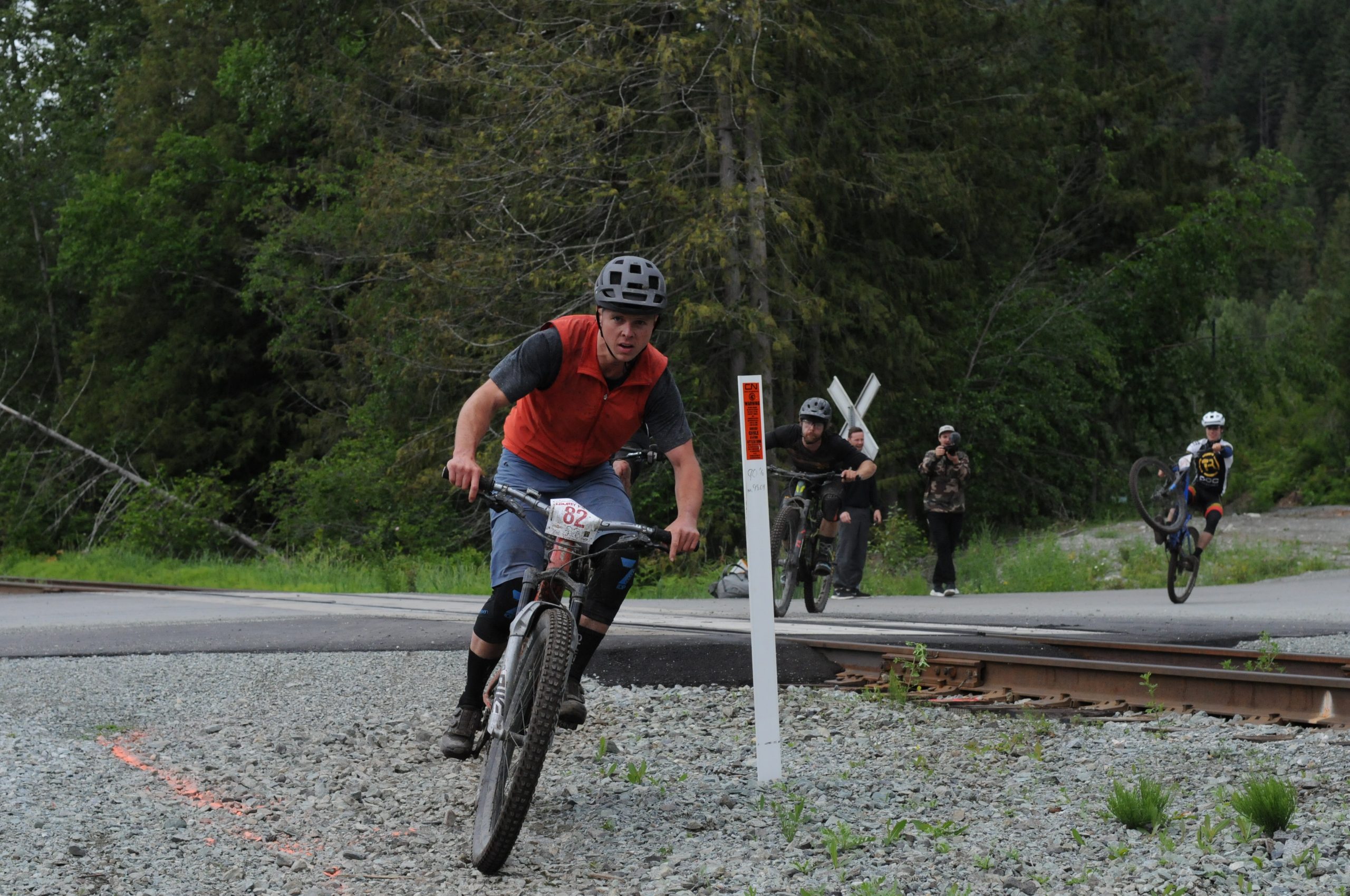 The Back Forty Recap

The inaugural Whistler Back Forty XC marathon mountain bike race took place on September 11th, 2021. Now that the dust (more like mud) has settled and the judge, jury, and executioner have spoken, It’s time for a good old-fashioned recap.

The purpose of this race was to continue the long-standing tradition of Pemberton’s Nimby Fifty race. The Nimby was a highly technical and physical mountain bike race that took place in Pemberton’s Mackenzie and Mosquito Lake trail networks. The new location, 20 minutes to the south, brought a new format and new challenges.

The format consisted of a one-day, 3 stage enduro-inspired cross-country race. Each stage included at least one sustained climb, a descent, and technical singletrack connecting the sections. Stages took from 45 minutes to 3 hours to complete. For a total race time of 2.5 to 6 hours depending on fitness and ability level.

Pulling off an event of this size after nearly two years without an in-person race was a true feat. WORCA’s (Whistler Off-Road Cycling Association) director of special events, Quinn Lanzon, put countless hours into the planning and execution of the event. The course concept was a direct brainchild from Quinn himself. An avid rider and a man who gets a lot of enjoyment from long rides, where no two trails repeat and minimal pavement is involved.

The Back Forty is an integral piece of the fundraising puzzle that WORCA has to put together every year. All money raised from the event goes straight back into the trails around Whistler. The fundraising effort increases the budget for trail maintenance and new builds. Fortunately, with the help of Trevor Ferrao WORCA’s executive director, WORCA received a FE&A (Festivals, Events and, Arts) grant from the Resort Municipality of Whistler. The grant covered some of the overhead costs from the execution of the event. With all of the entry fees, trail passes and, the help of the FE&A grant WORCA, fundraised over $4,000.00 for the trails. Events like this are important for both fundraising and community building. Part of WORCA’s mandate is to organize community events. These events help form a cohesive understanding and a feeling of unity within the cycling community.

Typical race morning nerves dissipated into laughter and smiles after a two-year hiatus of in-person racing came to a close. The Back Forty, a new staple of the Whistler cycling scene, cemented itself as one of the toughest cross-country races around. Two heavy hitters Karsten Madsen and Leif Rodgers fought for the top spot throughout all three stages. With Leif getting a flat tire on the first stage, Karsten convincingly won the first stage with a 7-minute advantage. On the women’s side, we had Angie McKirdy chasing Brittany Phelan with a small 4-minute gap after stage one. The second stage sent the riders up the steep 27 switchbacks climb, down Old Binty’s, and into the OneUp timed descent of Billy Epic. Leif clawed back 3 minutes to close the 7-minute deficit down to a manageable 4 minutes.

The third and final stage was a doozy. The course had racers climb Rick’s Roost and descend Howler. Then racers traverse through the relentless NoFlow zone to Cougar Mountain and the finish line. The highly technical nature of the no-flow zone proved to be the cause of its fair share of issues. Many participants unraveled both mentally and physically in this section. A slow drizzle of rain started late in the afternoon and made the lichen and moss-covered rocks and roots extremely greasy. Many riders walked sections and contemplated the life decisions that had brought them to this point. In this final stage, Brittany Phelan’s superior technical skill and excellence shined, as she gained a 15-minute advantage on this stage alone.

At the pointy end of the men’s race, Karsten and Leif continued to battle it out for the win. With a later stage start than Karsten, Leif chased Karsten up every climb and down each descent. With his work cut out for him, Leif went to work chipping away at the 4-minute gap between him and Karsten. Leif eventually caught Karsten just in time for a heated battle through the NoFlow Zone. Leif pulled back nearly 6 minutes on Karsten on the final stage, putting Lief in the number 1 position by a narrow margin of 1 minute 31 seconds. On the women’s side, Brittany Phelan dominated the field of 14 women by winning all three stages and putting a solid 25 minutes into second place.

The Back Forty was a grueling race both mentally and physically. The high-intensity nature of each stage pushed riders to their limits. The mental strength displayed by riders who repeatedly pushed themselves into the red zone was amazing. Doing this once, let alone on three separate occasions throughout one day, is a feat of physical and mental perseverance. Each athlete experienced a different type of struggle that tested their grit and determination. Congrats to everyone who participated.

Behind the scenes, there was a significant amount of work done by organizers and volunteers. Logistically, this race was difficult to organize with three separate stages spread across a 40km traverse. A significant amount of flagging and marshals were required to ensure participants stayed on course and stayed safe. Mack Rankin was in charge of the volunteers and first aid. He worked tirelessly to organize 29 marshals, 6-first aid workers, and 7-course sweepers. Thanks to Mack, the many volunteers, course marshals, and first aiders, the event went off without a hitch.

The opportunity to host an event for the community had everyone at RideWrap stoked for the return of in-person racing. The live DJ played tunes keeping energy levels up after the long day of racing. An awards ceremony followed the DJ’s set where Meredith Eades (3rd), Angeline McKirdy (2nd), and Brittany Phalean (1st) took the top honors for the women. The men’s side lined up with Patrick McNeely (3rd), Karsten Madsen (2nd), and Leif Rodgers (1st) rounding out the podiums. RideWrap’s employees kept everyone fed and hydrated with Gibbons Apres Lager and more Domino’s Pizzas than you have ever seen. There was enough pizza for each racer to take home an entire pizza to themselves. This was a great way to bring back the spirit of mountain biking and the thrill of in-person head-to-head competition.