Skip to content
Home Stories Should I Wrap A Bike I’ve Already Ridden? 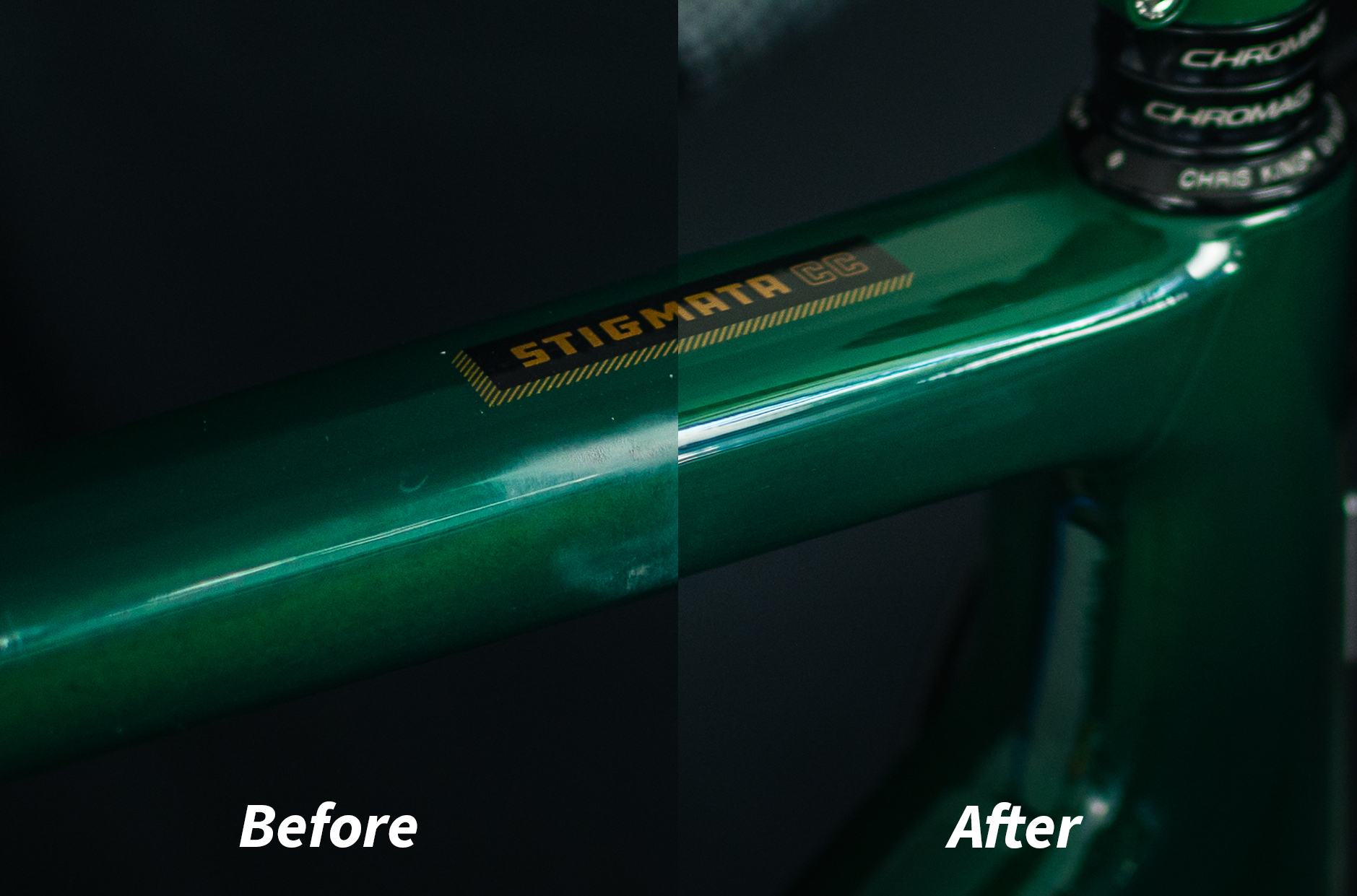 Should I Wrap A Bike I’ve Already Ridden?

Sometimes the stoke is too high

We’ve all been there, it’s new bike day and you want to shred. Do you postpone the inaugural shred because you haven’t installed frame protection yet? Probably not. But then it happens. You get out on your first ride and you drop the bike. Maybe the bike just tips over while it’s leaning on a tree, or maybe it’s a high-speed slap. Once you realize everything is ok, it’s time to collect your bike and assess the damage.

Or, maybe you purchased a used bike that has never been wrapped.

Either way, you ask yourself:

Is it worth it to wrap a bike that’s already been ridden?

Installing frame protection has become the norm when it comes to purchasing a new bike. Many folks out there get a new bike and immediately wrap it themselves. Or, they take it to get wrapped by their local bike shop. However, some of us (most of us) just want to get out and ride that new bike as soon as possible. Even though we want to protect our bikes, the stoke level gets too high and we end up riding before we get a chance to wrap our bikes. We’re human after all, and we love riding bikes.

We see it happen all the time and we are even guilty of it ourselves. We procrastinate installing frame protection because we would rather be riding. While it’s worth it for the good times and the laughs that come with shredding trails with friends, in the end, our bikes end up with a bunch of scratches, swirls, and paint chips.

Now comes the question: should I even bother to wrap my bike at all? My paint job is already damaged, I have dirt in the nooks and crannies of my frame, and my bike already looks busted. Is it worth the time and effort to clean my bike thoroughly? Is the time it takes to install a wrap on an already damaged frame worth my time?

The answer to these questions is simple. Yes, I should wrap my used bike, and no it is not a waste of time and effort. RideWrap’s protective film will diminish the look of those swirls to an almost undamaged appearance. And it protects your bike from future damage.

Let’s look at two examples of bikes that have already been ridden. The first is a Santa Cruz Stigmata. It has a gloss finish and has seen light gravel riding with a frame bag. The second is a Specialized Stumpjumper Evo that has been ridden hard for 9 months.

Example one: The owner of a new Santa Cruz Stigmata who did not have time to wrap before a massive gravel ride. This gravel enthusiast’s frame bag left some nasty swirls in his paint job.

The decision to wrap his frame was influenced by the prospect of restoring the factory shine to the frame. As well as the fact that they will be able to save time in the future when cleaning their ride. The low surface energy of the protective film prevents dirt, mud, and water from sticking to the frame.

Here are a few reasons why you should learn from these mistakes and wrap your ride regardless of the condition. The new wrap will protect your bike from future damage and increase its longevity. Whether you are mountain biking or gravel riding the use of frame protection will bring peace of mind. This allows you to ride your dream bike to the best of your ability without having to worry about it getting scratches or damaging it while you ride.

The owner of this Specialized Stumpjumper Evo has been riding his beloved bike for a solid 9 months. He has yet to wrap his ride. It has sustained a fair few rock chips, paint scuffs, and swirls from trails debris, muddy riding kit, and shuttling. He made the decision to wrap his ride with a Tailored Protection™ Kit. This will decrease the appearance of swirls in the frame, restore the factory shine, make it easier to keep the bike clean This will increase the longevity of the frame for the months of riding to come.